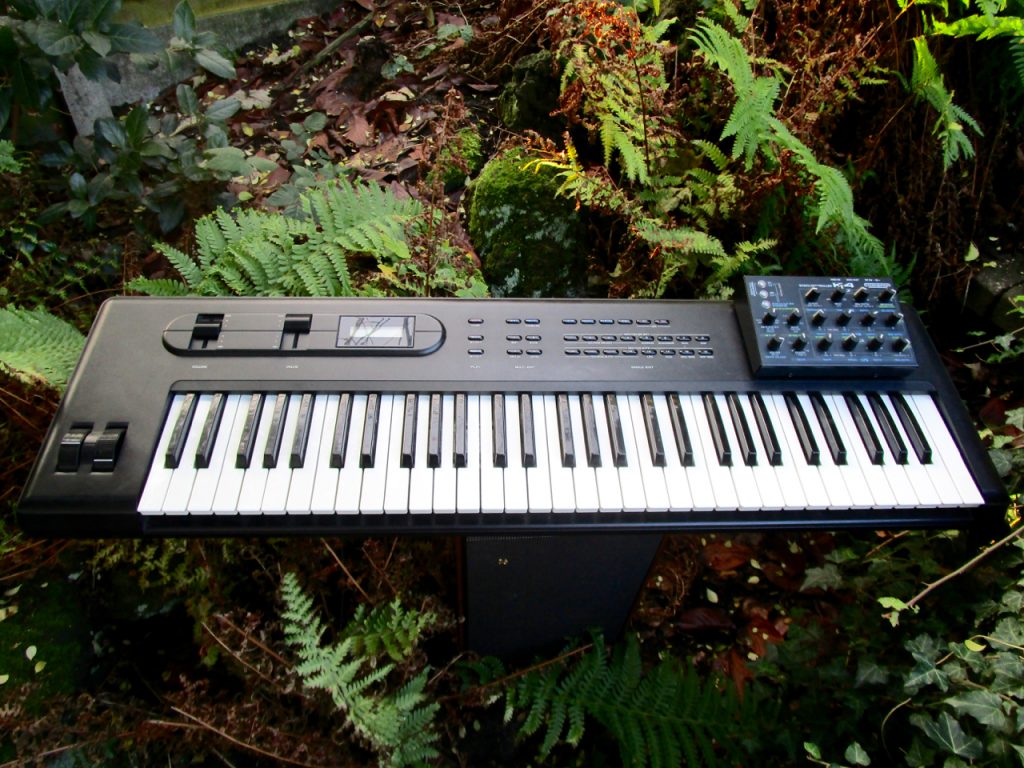 Kawai is now only known as a Japanese piano manufacturer but they made some classic synthesizers in the 1980s and 1990s. The K4 came out in 1989 and was a cheaper alternative to the likes of the Roland D50 and Korg M1 – that it is a cheaper alternative can definitely be heard in the sound of this instrument, its more lo-fi and grungy then its contemporaries – but this is – definitely – a good thing!

Whats under the hood??? Four oscillators selected from 256 digital waves – are fed into two extremely rough digital filters with a beastly almost uncontrollable self oscillating resonance.

All the ingredients to stir your imagination into a porridge of granulated spaced out FAT succulent digital bliss are in your hands with this machine. Capable of a broad range of colourful sweet spots from thumping fast envelope Moog-style basses, penetrating 303 style acid to crystal harp-like analog tones to evolving dreamy hazy textures. If any synth would be a stoner this one is guilty as charged. Its a bit like Roland’s L.A synthesis but not as sophisticated deeply programmable and more rougher on the edges.

Digital artefacts like crackles and noise pop up at their convenience. In fact the first batch of Kawai K4s came with a ‘bug’ that made the filter behave in an strange way when the resonance was turned high. If this a good thing or not is for the user to decide, later models had this fixed but they are still pretty squelchy sounding.