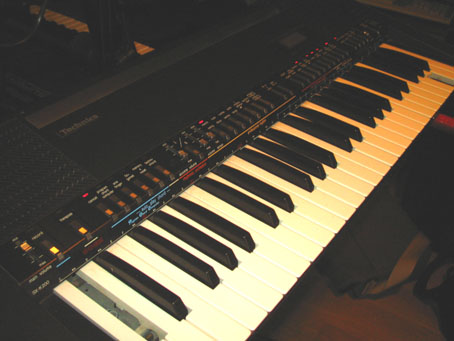 Technics didn’t only make record players and hifi stuff, they also made electronic instruments such as synthesizers and keyboards and even at least one drummachine that I know off.

A rather obscure one is the Technics SX-K200 keyboard from the early 80s. Since its a “homekeyboard” you can’t edit any sounds but the presets sound pretty cool. Its all analogue synthesis going on inside which results into some beautifull hollow squarewave flute sounds and thin crispy strings, not to mention the superfunky “cosmic wah” preset and charismatic piano. Its pretty beaten up missing 2 keys but it still works fine. 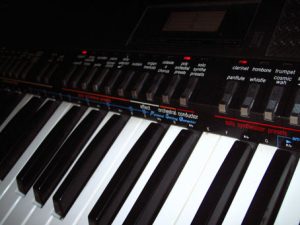 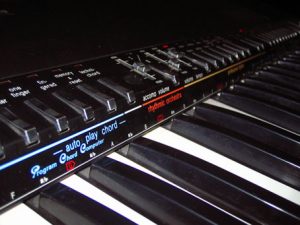 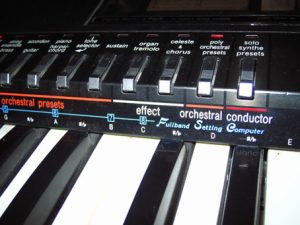 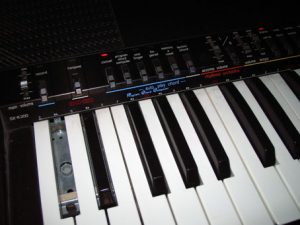 There is both a polyphonic and monophonic section which you can also layer for some interesting effects. With a little imagination its like an ARP pro soloist with a Solina string machine…but then really ghetto. There is also an automatic chord accompany section and some cool (hybrid analog-lo fi samples) drum part.

Here is a little demonstration in mp3…

Freaking with the Technics

And here is an episode of the Astro Unicorn Radioshow on IFM were its featured: