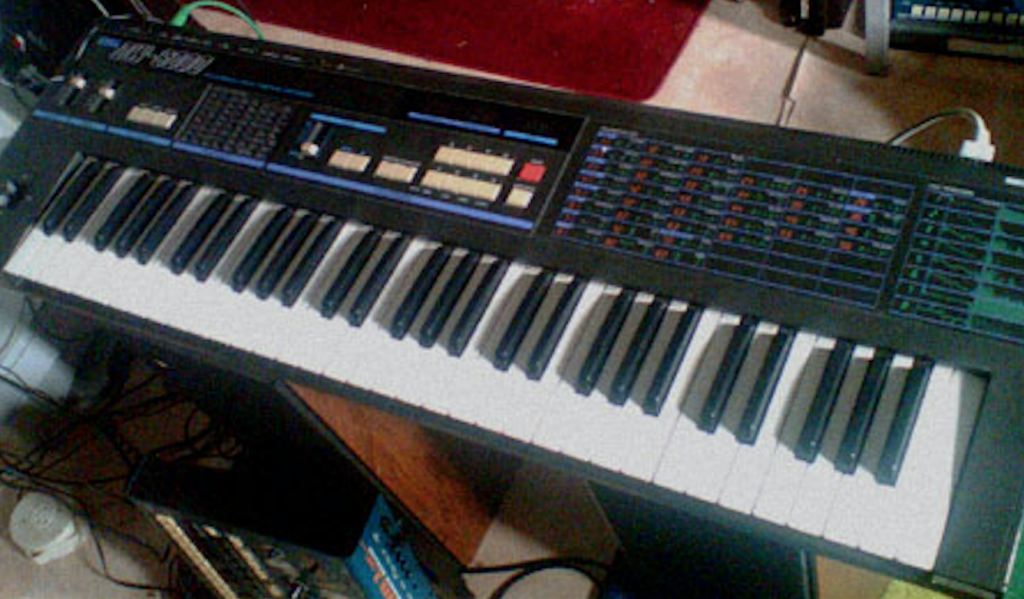 In the mid 80s Korg desperately tried to re-compete with the digital revolution of the Yamaha DX7. The mid 80s were all about crystal clear digital bell sounds…if a synth couldn’t make them it was considered to be stone-age and very unhip. Korg quickly fabricated the Korg DW6000, a kind of rag -tag hybrid synth that used eight different digital eight-bit waveforms that you could feed through a (very rough) analog filter and VCA. Added to that were 2 envelopes for the filter and VCA and one LFO (called Modulation Generator in the usual Korg language). Basicly it was their usual 2 DCO synth (like the Poly61 and Korg Poly 800) but with digital waveforms as oscillators. And they also had a fancy name for it: D.W.G.S Digital Wave Generation System. 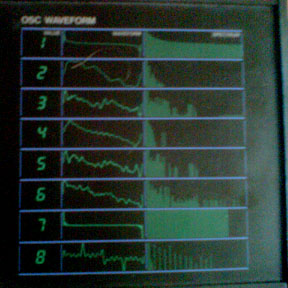 It was clear that this attempt by Korg to enter the digital era was a bit of a failure and within a few months they revamped the design and came out with a more advanced version called the Korg DW8000. Now it was still the same thing but with sixteen waveforms instead of eight, an added arpeggiator, better keyboard (Velocity and aftertouch responsive) and a digital delay effect instead of a chorus (making it one of the first synths that had a build in delay effect), also the colour was a bit more darker making it look more important then DW6000’s weird faded greyish blue or whatever that colour is. So, on all fronts a Korg DW8000 is a better synth and there are also a lot more of them around.

Eventually Korg didn’t really make a huge impact with the DW series, they barely survived in the shadow of the Yamaha DX onslaught (probably thanks to Korgs auto-tuners and Poly 800s), desperately they even licensed some FM technology from Yamaha using it in their Korg 707 and DS-8 synthesizers, which quickly faded into obscurity. Korg would rise again a few years later with their Korg M1 workstation which in the early 90s became the world’s most favorite synthesizer. 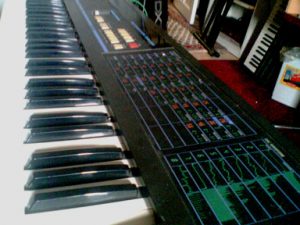 These days we must be thankful for Korgs weird venture into the digital world because it resulted into a wonderfull and very underrated synth, a synthesizer that fits in the line of the PPG Wave and Sequential Prophet VS but then really ghetto. (Actually a couple of the Prophet VS waveforms were imitations of the Korg DW6000 waves)
Stacatto funk basses, mysterious (not so evolving) pads, big leads and those perfect 80s solarsystem-documentary-soundtrack sounds, its all there with a strange paradoxal mixture of faded 80s cutting edge technology and plastic roughness. Put a reverb or big delay effect over it and nobody will hear this is a synth you just bought for a hundred bucks.

Even though it doesn’t have knobs and you have to edit it using a slider and buttons, it is very easy to program because there isn’t that much to edit (simple 2 oscillator->VCF->VCA with 2 Envellopes and 1 LFO setup).

Improvisation through a Space Echo