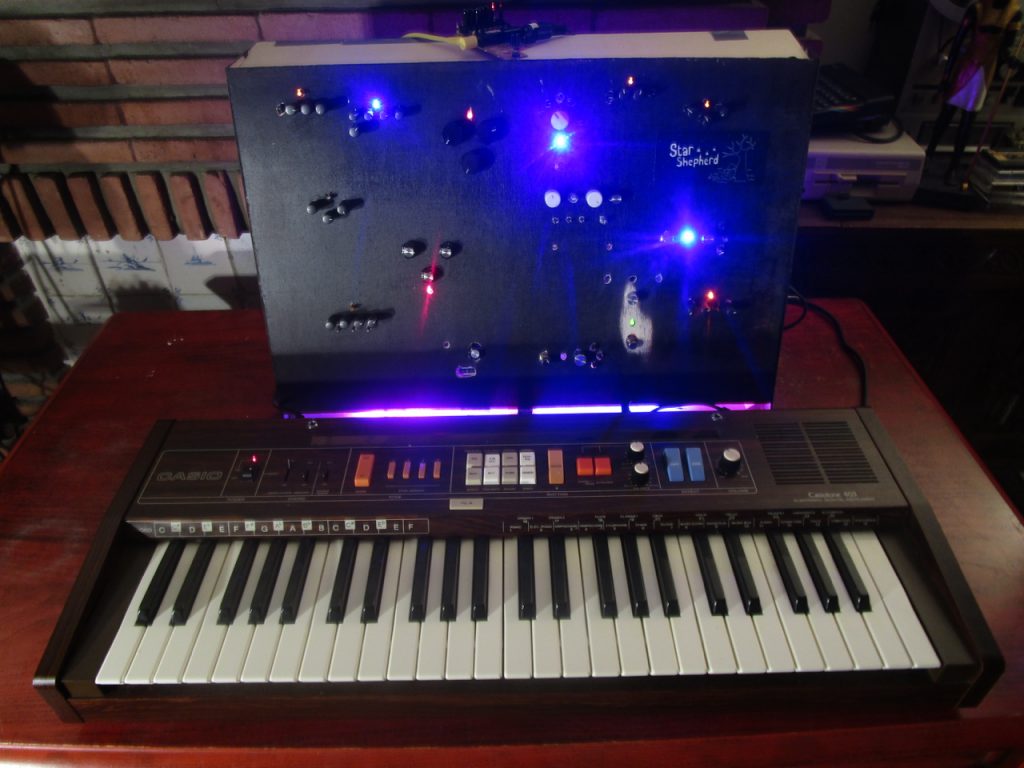 Enter the STAR SHEPHERD a synth I Build/bent/hacked/modified from old guitar pedals FX and EQ boxes, a small AM radio and a 1981 Casio 403 keyboard. The oscillator section is made out of Pitchshifter/Harmonizers/Sub Octavers and a graphic EQ pedal to create complex harmonic tones – transmorphed from the simple keyboard sounds fed by the Casio. The sound then goes through a bunch of circuitbend Analog delays, reverbs, Tremolos & Vibratos (figuring as makeshift LFO sources) and Wahwah pedals as filters. The AM radio is figuring as a random noise source. There is also a very simple keyboard style ‘sequencer’ made from a looper pedal.

The case is made out of cheap plywood and everything is held together with screws, glue and tape. There are also some LED strips pulsating from the inside for some extra intense magic.

It is very noisey, crackley and sometimes starts doing its own thing like some sentient synthesizer being that is alive. This makes it quite an adventerous experience.

Here are some sound samples recorded directly from the synth. With no overdubbing nor external processing:

Twin Otter Through Snowstorm
Sometimes the radio picks up distant voices that sound almost ring modulated due to all the interference of the circuitry inside – here it slowly transforms into the sound of an airplane flying through a snowstorm.

And here is the synth’s logo:

And here is a video of the STAR SHEPHERD in action: