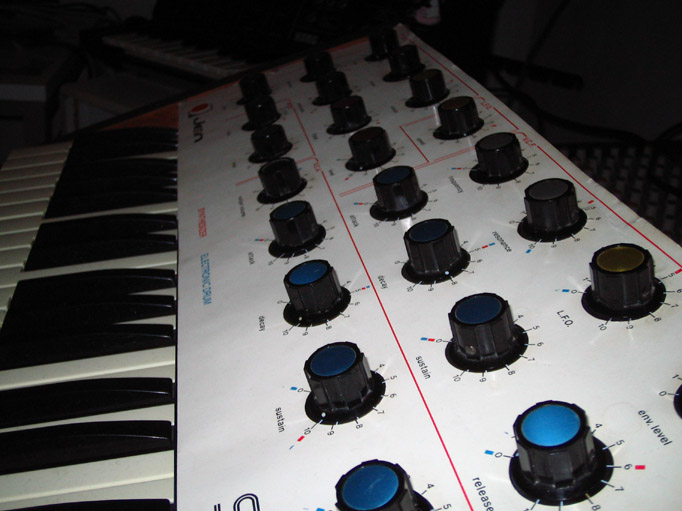 Made by the JEN elettronica s.r.l factory in Pescara, Italy between 1977 and 1982. The SX1000 was a simple low budget analog synthesizer of the late 70s. It sported 1 oscillator (apparently a VCO that is described as a DCO because it was cooler back then) with the usual waveforms, 1 filter, envelopes for  VCA and the filter and a very nice noise generator (that also does pink noise). Everything can be modulated by a simple LFO. No pitch bend or modulation wheels but is has portamento.

It looks beautifull especially if you have the white paper layovers on the control panel (the Jen sx1000 own panel colour is black) . The knobs are almost the same as the legendary EMS VCS synthi ones, with mesmerizing shiney colourfull tops…pure synth porn! It sounds pretty darn good….in all its simplicity the Jen SX1000 generates a charming pure tone, not too raw, not too clean, not too hollow or not too solid…its extremely well defined and shines out in a mix. A little “fuzzy” on the lower bass notes and sprinkly on the high notes. There is no external control of any kind you’ve got to play it with your hands. 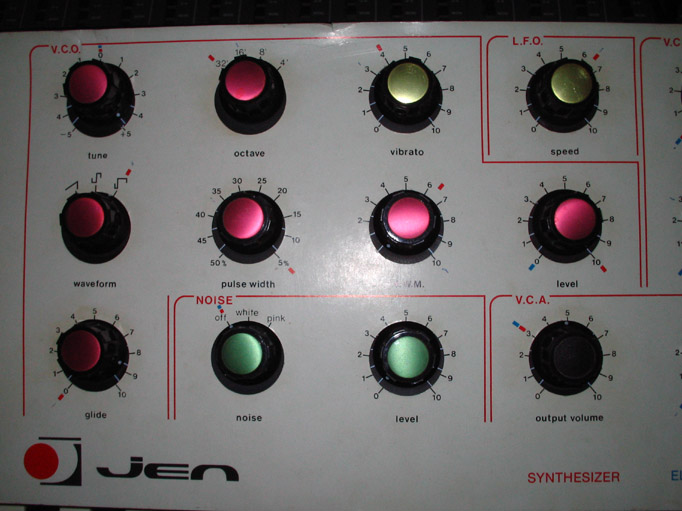 The following mp3’s were made with the Jen SX1000 on a multitrack: