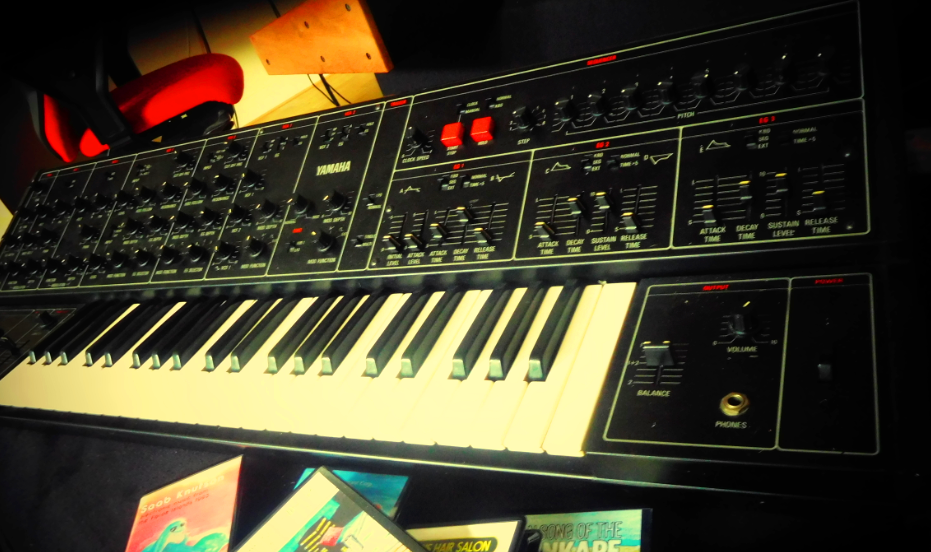 24 september 2014 – Its studio gear nerd freak time again this time we take a look at the 1977 Yamaha CS30 synthesizer from Japan. An incredible weird sophisticated synth the size of a mini surfing board that is almost modular in its nature.

The CS30 is the pineacle of the monophonic Yamaha CS series (which includes the CS01, CS5, CS10, CS20, CS30L and probably a few others) not to be confused with the big super expensive polyphonic Vangelis Bladerunner CS50/60/80 flagships

This thing has a LOT of stuff check out some of the specs:

An Eight step analog sequencer that is assignable to almost everything (Oscs, Filter, VCA)
and can be assigned to be transposed by the keyboard(!) 2 VCO oscies with |\ , PWM and Sine waveforms 2 VCF’s with different filter types (Bandpass/hipass/Lowpass) Noise generator
3 Envelope Generators which can be used inverted too and “time expanded”x5 Only 1 LFO but you can freely assign any of its waveform to almost everything (I.e have a sine doing the pitch of osc 1, a square wave the pitch of osc 2, a sample&hold doing the VCF and a ramp doing the VCA, all sharing the same speed though) A Ring modulator, Portamento and some other stuff that I will spare boring you with

A really cool thing is that you can mix a pure sine tone of the VCO 1 to the VCA giving a very
warm flute synth tone to the end result of your sound.

The sound is a bit timid, especially compared to its sibblings such as the CS10 which has a
lot more bass power, but it is very ‘musical’ and juicy. The filter doesn’t have any self oscillation  and though smooth it is a bit faint hearted. Sometimes the CS30 is a bit confusing and puzzling due to its complexity and incredible amount of  modulation functions but you’ll wrap your head around that if you really try. 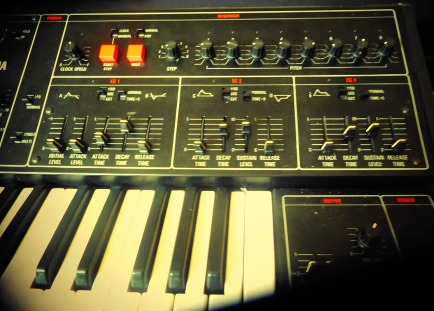 Last month I jammed on this thing for a whole night and came up with these tracks, its all CS30 multitracked with some reverb and delay effects: