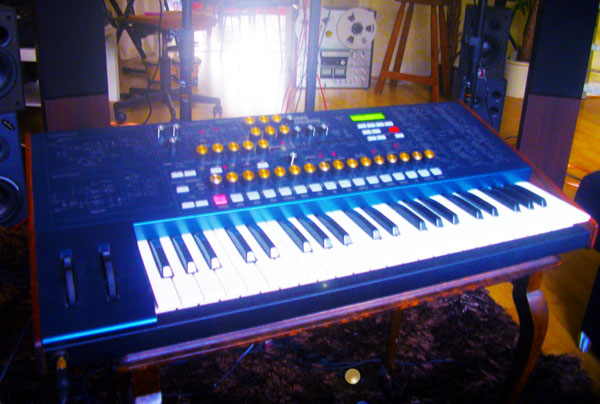 Time to do some synthesizer hobby freaking again this time we take a look at the KORG MS2000 MK5(for some reason everything that is a version with gold is always MK5 I am not sure why this is, maybe some secret freemasons stuff)  This is a custom home modified MS2000 with gold knobs (and a few silver ones)

The MS2000 is a Virtual Analog synth made by Korg around the year 2000. It uses the same engine as the MicroKorg but with some more exotic twirls like you can set the pitch to exotic tunings like WerckMeister III, Arabic, Pythagoran etc. It has some decent modulation capabilities: 2 LFO’s and 2 envelopes which can be assigned to almost everything. There is a 3 channel analog sequencer for every patch, each channel is also freely assignable to a lot of synth functions. This is not some super modern V.A. version of the MS20 (like some synthesizer websites claim)… I would rather go the direction of the Korg Mono/Poly (because of the same shape, blue color, 4 voice  polyphony and a distant similar timbre of its sound) but then again it has absolutely nothing to do with that synth, it is in an entire league of its own. 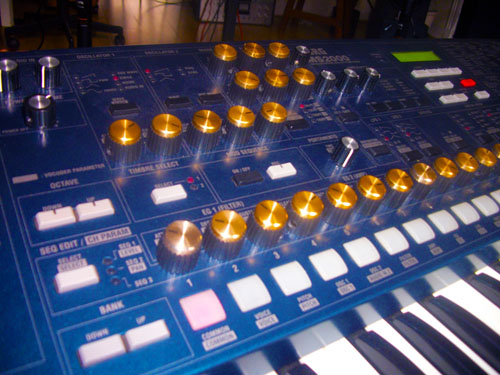 Furthermore it has some cool fx, the standard Korg analog simulation delay with that twooeieieie time modulation artifact and a rather smooth sounding phaser, Vocoder and  32 waveforms from the Korg DW8000 are also included. 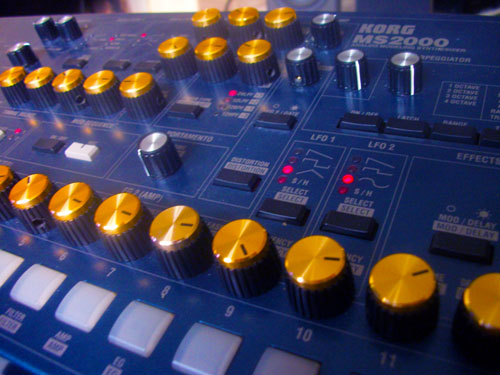 A very flexible and fun synth, especially because of the 3 channel analog style sequencer! The sound is a bit weak, like watered down pudding but then with a really good taste. Maybe a little bit more like thin pancakes with powdered sugar… Not intrusive and definitely pleasant to the ears…Here are some sound demos from this dark blue enigma, all 100% from the synth itself:

Pendragon dances at the court

Carpenter Assault – The analog style sequencer does the noise hats on the upper
keyboard  part while the lower half does the bass. Overdubbed with strings
(yeah i know this is the worst performed version ever I was eating an icecream
while playing it and it dripped all over the MS2000 you can hear it if you listen)

Ever changing disturbing synthetic landscapes from the sequencer, alienating yet colorfull

Its more fun to Arpeggiate