Legowelt in Amsterdam this Saturday 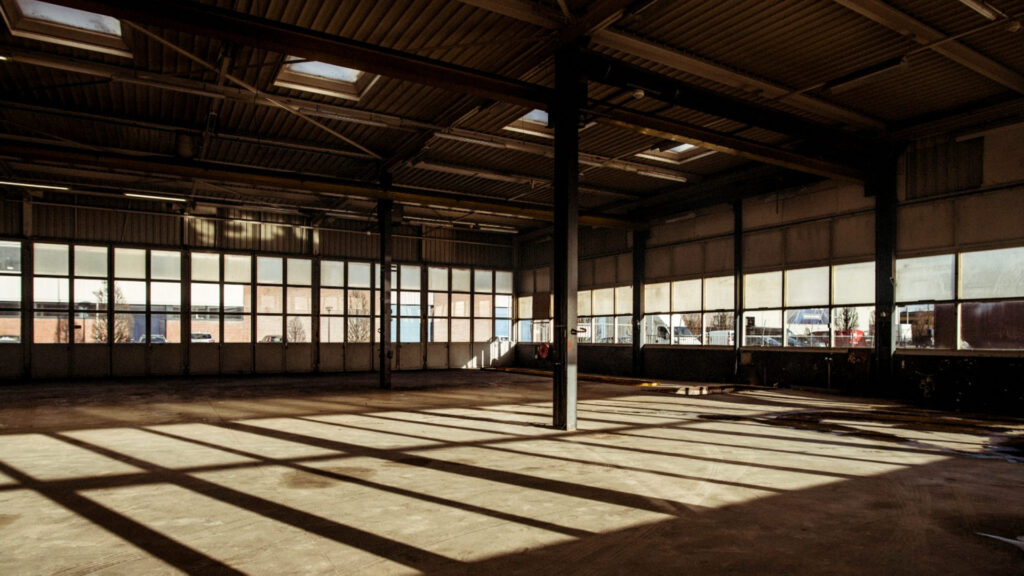 Announcement from the organizers: 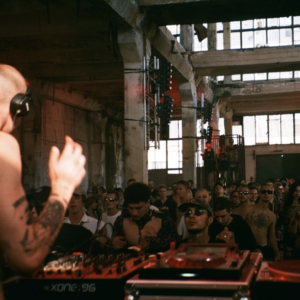 “Ukraine, a place with strong ties to the international club community. It is unreal that while we are opening up our scene, Ukraine is facing a time of oppression and disaster.

Following this terrible news, we as Lofi, @slapfunkrecords and @vbx.nu have decided to donate the profits of this opening weekend to the people of Ukraine. As the situation is still unfolding we will discuss with our colleagues and friends in Ukraine in the coming weeks where the donation will be most needed”

Finally here is that tracklist for the New Haven WHNU 88.7 GM Neu/Body show from December as promised… 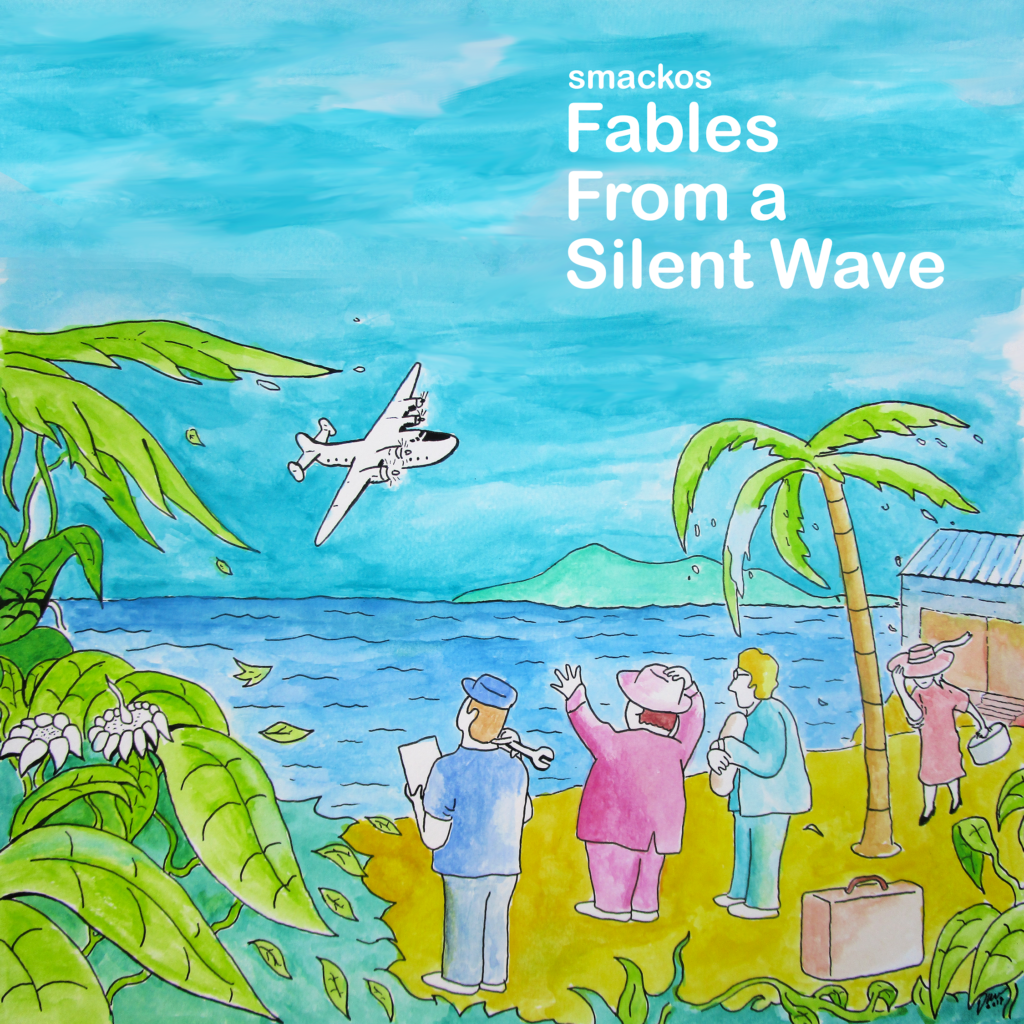 Heyooo excited to anounce that my new SMACKOS – FABLES FROM A SILENT WAVE album is out now! As usual lots of raw melodic synth compositions for your deep listening hobbies.

I went for a bit of a “mid century weird tales Clipper Flying boat LA science Fiction fanclub” vibe with this one as I was reading a lot of that stuff. Synthwise its all over the place, ofcourse ‘Supernova Cherry Dessert’ is nothing but the Novation Supernova pushing its 12 DSP succulent dripping filter to the max. Also heavy use of the Waldorf Pulse 2 & Blofeld (like on Fluttering into a Pulse storm) There is some JV2080 in there too. “Where the endless minds go” = just one loop on the Roland boutique mini JP08 you can hear the notes cut off sometimes because it can’t cope with too much polyphony and the hands on control gets a bit mucky due do its microscopically sized faders ah well…. “La chaleur sombre d’un S900” which is something like the Dark brooding warmth of the S900 is just that, all sounds sampled into the lower kHz rates of an AKAI S900 for those mesmerizing undusted digital artefacts. The artwork is a painting I made called ‘The golden age of Flying boats’.

Catalogue number = NIGHTWIND RECORDS NW032. Get it at the Legowelt bandcamp! 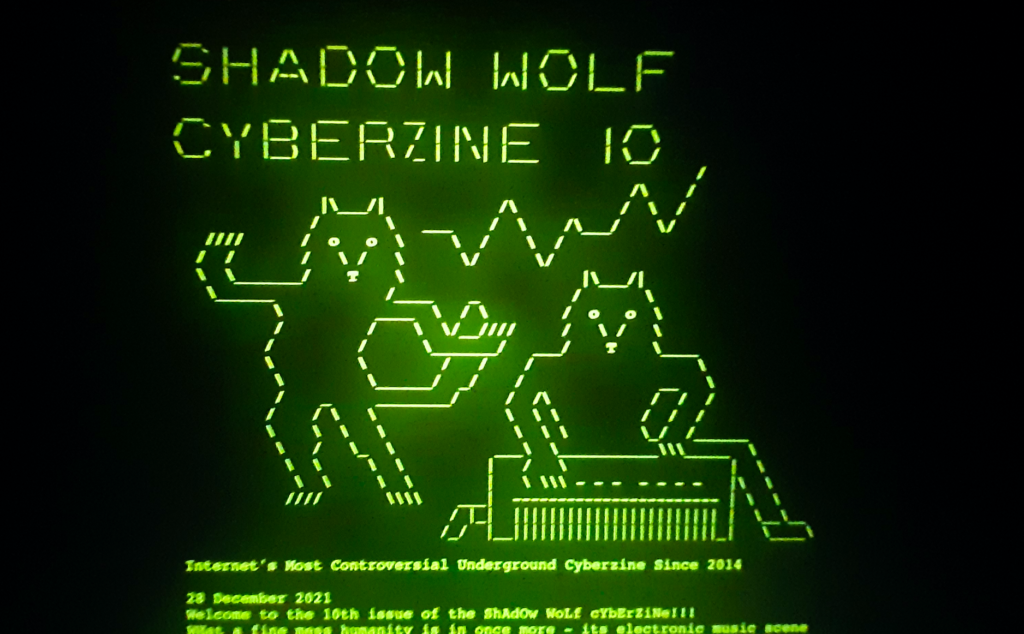 You should really read it on a computer/desktop/laptop browser.. This will not really work on a phone and probably pad…?it will look all jumbled up – i dunno i have never used a pad in my life.

Like last year the zine comes with a ‘covertape’ compilation with featured and other cool artists. This is free/pay what you want and can be downloaded at the Legowelt bandcamp:

Legowelt in BEOGRAD SERBIA this Saturday! 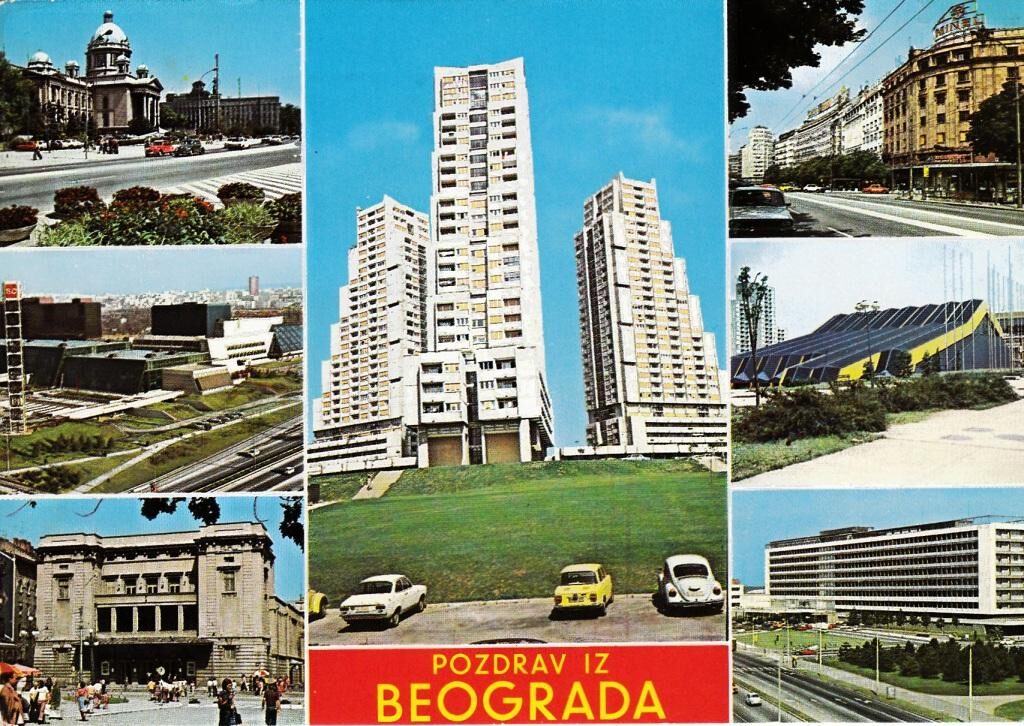 This Christmas evening I will play in Beograd Serbia at the legendary KC Drugstore venue!
Also playing TLR Edin & Chorbika! 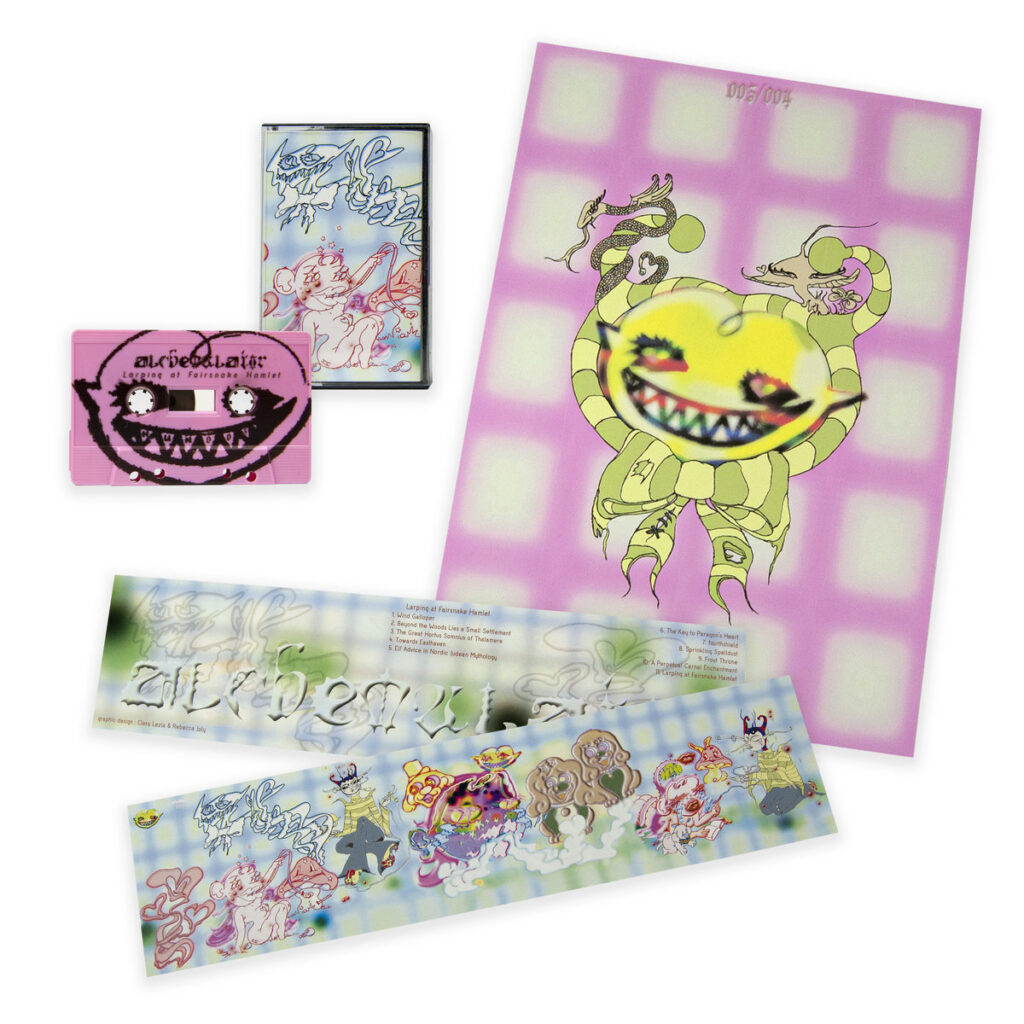 A new ‘monniker’ from me, out now on The Hague’s HUNGER! recordlabel:

A fantasy RPG Larpsynth album all made with a Yamaha PSS480 FM keyboard. Comes in a two tape pack together with BAGLOVER’s – THROW DOWN THE GAUNTLET. 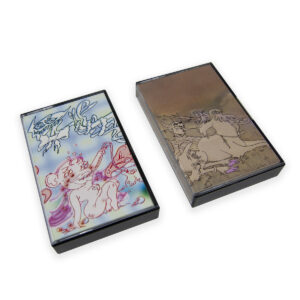 The digital version is now available on bandcamp, the tape pack comes with a poster and is going to be shipped end of december/beginning of January but you can order them already! Also available with a supercool HUNGER! T-Shirt.

Revel in Alchemulator’s fantasy world of larping druids, brought to life with the infamous Yamaha PSS480 keyboard. The history of the Yamaha PSS FM range keyboards of the late 1980’s is fascinating and niche: a cheap consumer semi-toy home keyboard with spartan synthesizer functions based around a specially designed FM sound chip. 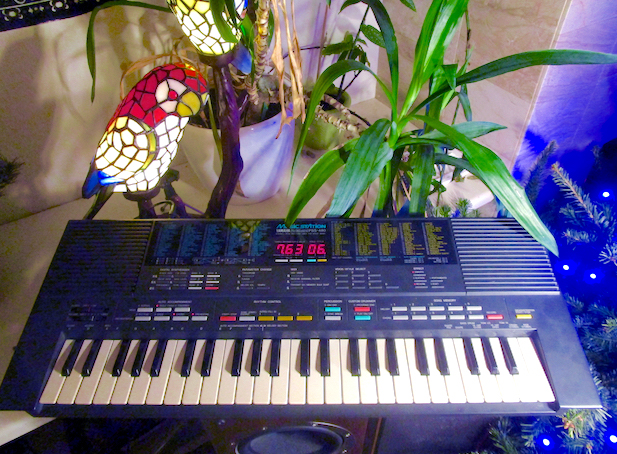 The chip, which is a low cost and cut down version of FM synthesis found in the mighty Yamaha DX7 – the digital synthesizer that defined pop music in the 1980’ – brings forth a mere sketch of its distant DX7 cousin. Feeble attempts to emulate the mighty DX7’s electric piano or staccato bass sounds on one of these keyboards are futile. Instead, a plethora of unique lo-fi tones resound. Unexpected artifacts are plentiful: cracks and hisses are present, giving the sounds a strange otherworldly and organic undercurrent, which are to be heard on the album.

This chip found its way in a number of 1990’s computer sound cards, scoring the music of many RPG adventure game worlds, exposing an entire generation of geeks and cyberpunks to its digital dusty yet crystalline warm spectrum of sounds. The instant association with fantasy adventures makes it ideal for old school dungeon synth composing. Escape this savage life and enter Alchemulator’s great gardens of Thalamere, located Southwest of Fairsnake Hamlet.

More info about this keyboard here 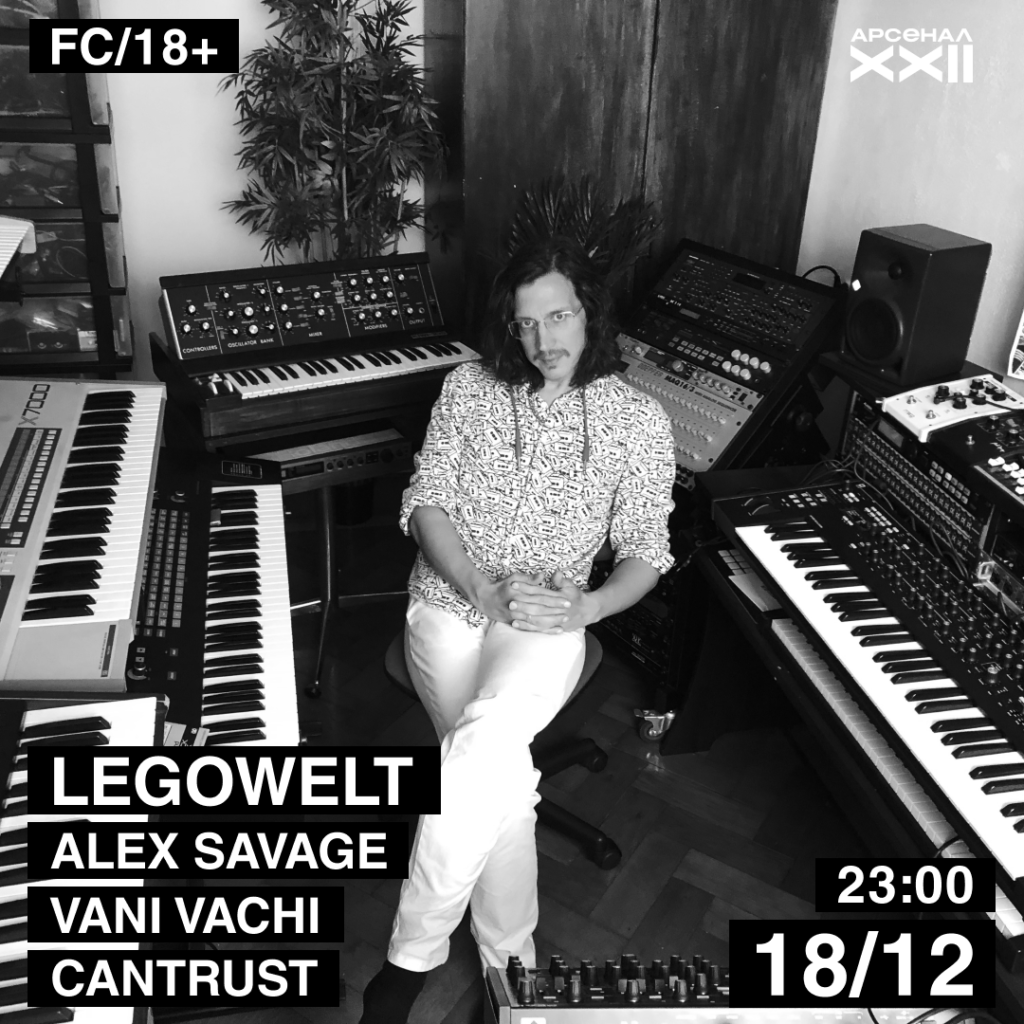 This saturday 18 December I play at the Arsenal XXII club in Kiev, MOSKOVSKA 8

Tickets and info here See U THERE!!!

Another Legowelt remix! This one is for the German Tag & Wandrag ‘Zusammenkunft’ – a piece of neurohypnotic electro with cover art from Artsyndrom…Will be out on 10 December! Get it at their bandcamp or your local recorddealer! That concert with Etienne Jaumet where we played songs of the great Manu Dibango at the Theatre du Chatalet was broadcasted last Friday on France TV and can be watched here!